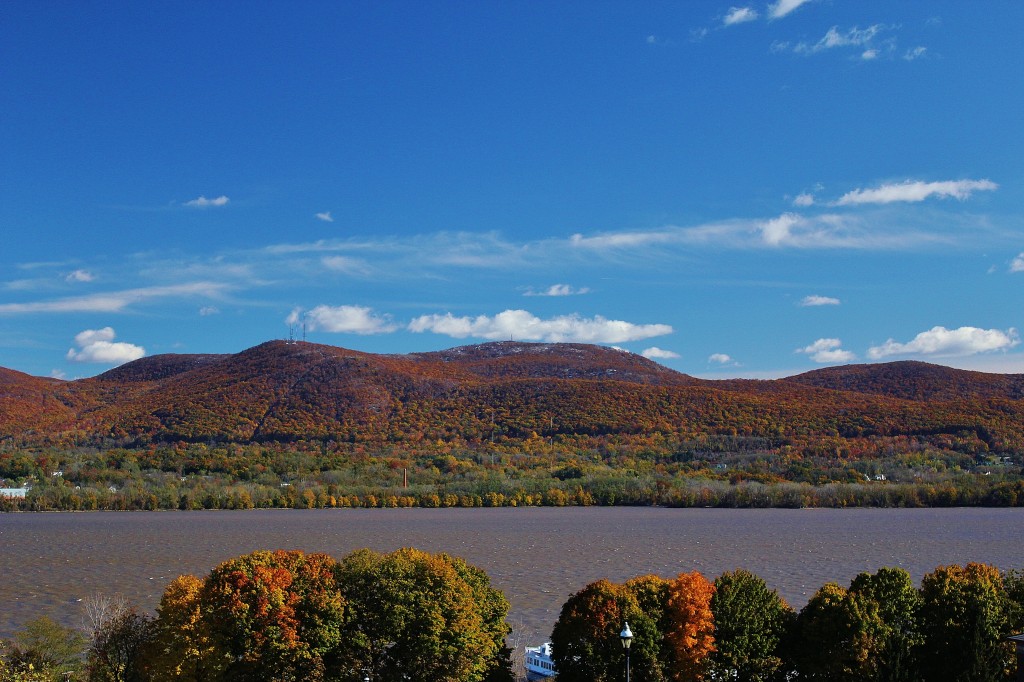 Day trips, Weekend Getaways and breathtaking historic scenery to keep you busy all week are what bring visitors and TOURISM to the HUDSON VALLEY!  This river valley has been a favorite RELAXING  GETAWAY destination for busy tri-state metropolitan crowds as well as visitors from across the country and abroad.  We have the benefit of being a bedroom community to the greatest city in the world – NYC!

Getting to the HUDSON VALLEY is easy by plane, train & automobile as well as boat and bus! 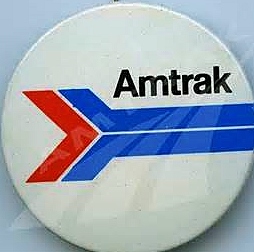 Roam some of the most culturally vibrant cities in the Northeast Corridor.  Washington DC, Philadelphia, New York City and Boston, to name a few. Experience the fast and convenient Amtrak services for both business and leisure travels in the “BosWash Megalopolis.”

Empire Service Convenient Daily Train Service throughout the Empire State. Frequent daily trains between NYC and Albany and others that continue to Buffalo and Niagara Falls. Business and leisure travel has never been easier.

You can do almost anything in New York City, but when it’s time to get out in the country, head north to the Hudson River Valley for a vacation in wine country,  visit the Great Estates and dine at the Culinary Institute of America or other CIA owned and operated farm to table restaurants. Station stops in Albany, Hudson, Rhinecliff, Poughkeepsie, Croton, Yonkers & NYC. 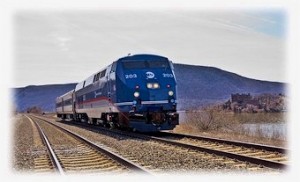 Founded in 1983 when the MTA assumed control of Conrail commuter operations in the states of New York and Connecticut, Metro-North’s roots can be traced back to the New York & Harlem Railroad, which began in 1832 as a horse-car line in lower Manhattan. Today, with 384 route miles and 775 miles of track, Metro-North goes to 121 stations distributed in seven counties in New York State–Dutchess, Putnam, Westchester, Bronx, New York (Manhattan), Rockland, and Orange-and two counties in the state of Connecticut–New Haven and Fairfield.

Three main lines east of the Hudson River–the Hudson, the Harlem, and the New Haven — operate out of Grand Central Terminal in New York City. Two lines west of the Hudson River–the Port Jervis and the Pascack Valley–operate out of New Jersey Transit’s terminal in Hoboken, N.J., and connect with service out of Penn Station, NY via the Secaucus Transfer. The Hudson Line extends 74 miles from Grand Central Terminal to Poughkeepsie; the Harlem, 82 miles to Wassaic; and the New Haven, which also has three branch lines–the New Canaan, Danbury, and Waterbury–72 miles to New Haven. The Port Jervis Line runs 95 miles from Hoboken to Port Jervis, with 30 of those miles in New Jersey; the Pascack Valley Line extends 31 miles from Hoboken to Spring Valley, 25 of those miles being in New Jersey. Total square mileage of the service territory is approximately 2,701 miles.

The railroad also manages The Hudson Rail Link feeder bus service in the Bronx, and The Haverstraw-Ossining and Newburgh-Beacon ferries, all of which connect with the Hudson Line.

The railroad’s hours of operation are approximately 4 AM to 3:40 AM. Service intervals vary according to destination and time of day. First trains arrive in Grand Central at 5:30 AM and the last trains leave the terminal at 2 AM. Weekdays, peak-period trains east of the Hudson River run every 20-30 minutes; off-peak trains run every 30-60 minutes; and weekend trains run hourly.

Stewart International is in the heart of the Hudson Valley in Orange County, New York. Its comfortable size, modern amenities and easy access to roads and public transportation make it an attractive alternative to the big airports of the region.

Kingston Ulster Airport  is a  privately owned public use airport in the town of Ulster near the city of Kingston, New York 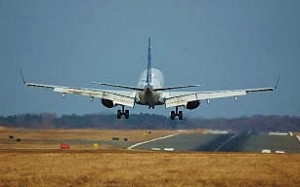 Westchester County Airport  serves an average of 1.75 million airline passengers a year. On an average day, approximately 55 flights operated by six airlines depart at the main terminal. Flights offer direct service to and from business and recreation destinations throughout the United States. Through connections are also available to major cities around the U.S and the world.

Westchester is unusual, in that since the early 1980s, the County has strictly regulated the flow of commercial aircraft and passengers in respect to the impact of aircraft activities to its surrounding communities. Westchester County and the airlines serving the airport operate under a Terminal Capactiy Agreement that limits terminal use to 240 scheduled passengers per half hour and four available gate positions. This limit, however, is increased during peak holiday travel periods.