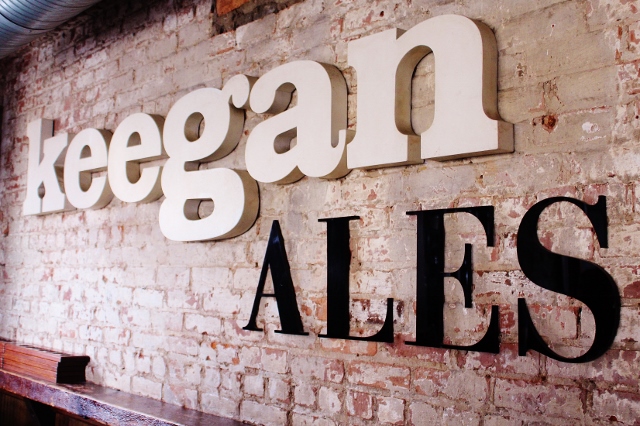 When Tommy Keegan was a Marine Chemist living in San Francisco and studying chemistry and bio-chemistry for a career he pursued home brewing as a hobby. Little did he realize at that time, how that would lead him back east to Kingston NY, where he had family. 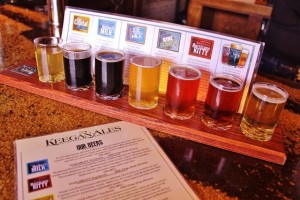 In the search for a building to launch Keegan Ales he would learn of a building that was empty. This building had exactly what Tommy was looking for because it was once known as the Woodstock Brewing Company in the early 1800’s! That my friends, is what you call SERENDIPITY! 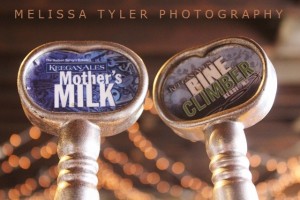 We  had heard about the Keegan Ale brand for years, and I have to admit I have been late to the game in a visit. So yesterday evening, I took a drive and sat down and talked BEER with Tommy Keegan and Josh Brown, Director of Sales for Keegan Ale. We were very impressed with the tasting Beer flight. 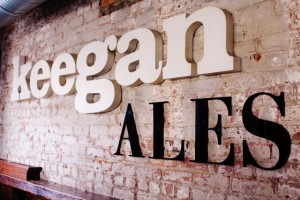 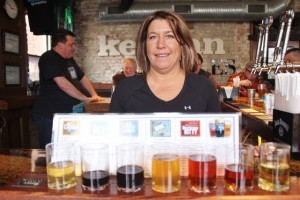 The area well known brand opened and started distribution in 2003, and the pub opened in 2007.  The “KEEGAN ARMY” as their customers are known even create beers by mixing and naming them. Yes, the customers are the ones that create the names! They mix beers like Old Capital and Bine Climber and call  it a “Florida”. 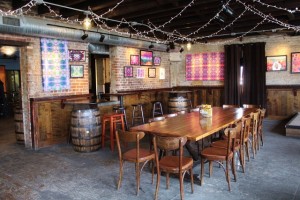 Toni, has been the bartender at Keegan Ales for five years and help us navigate our experience. Josh also tells us what people say about the beers. Some of the comments they hear the most are ” I think this beer was made for me” and “Thank GOD finely a good Craft Stout Beer, I am sick of IPA’s”. Josh goes on to say that the Keegan Ale brand is one of the big, little guys and they are gearing up to take the next steps to become even stronger in the states they do distribute.

Bands play  almost every night of the week and that evening the Paul Luke Band was setting up for the night. The Food is good too,the Ruben we ordered was delicious!  Keegan Ale also is very community minded and it turns out the well known O+ Fest   had it’s first meeting here. Other associations include:  the Kingston Stockade an semi pro soccer team coming to the area,  Autism partnerships with Woodstock Harley Davidson, The Kiwanis Club, Benedict Hospital and others.  The pub also features local artists on their walls. So Check one of the  North Easts favorite beers and  pub.  You can also find the Keegan Ale brand locally at other area pubs in the Hudson Valley as well as places like Half Time Beverages in Poughkeepsie and other beverage centers. 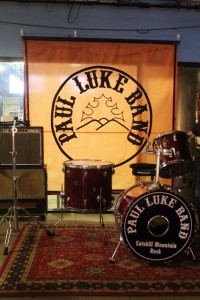 Check their events calendar for events coming up here and beyond the Hudson Valley as they just participated in Saratoga Beer Week. We encourage you visit Keegan Ale’s in Kingston or order some rounds at a local pub. They are another example of a Hudson Valley company that is embraced by their customers +  that is The Essence of #THEHVStory. 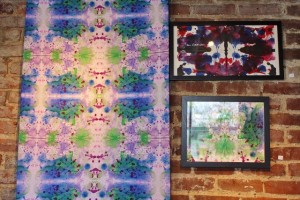